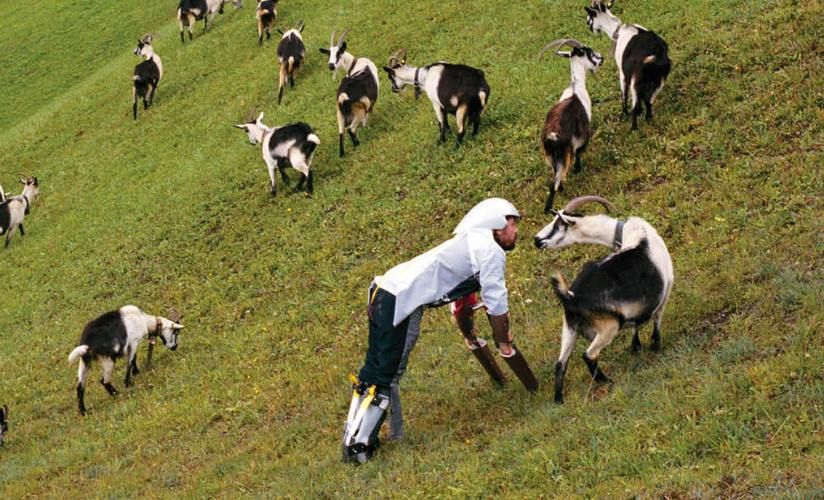 Antinoble 2016 for the most absurd scientific research was handed out

The 2016 Antinoble Awards. This year’s Ig Nobel Prize winners included scientists studying the effects of rats wearing pants on their sex lives, a goat man who spent three days living with the animals, and a team studying the personality of rocks.

Anytobel is called the Ig Nobel Prize, whichóre are awarded for the most absurd scientific work of the past year. The satirical nature of the videoóThe aim of the ceremony is not only to make you laugh, but also to make you think and to popularize science by showing the funny side of a researcher’s work. Awarded by the journal Annals of Improbable Research.

Antinobels at the gala are presented by real Nobel Prize winners. The honorees also received a check for $10 billionóin the dollaróin zimbabwa dollarsóin, which is róThe new flavour is worth about four dollarsóin USD. The ceremony took place on 22 September at Harvard University in Boston.

The prize for fertility research was awarded posthumously to Cairo University professor Ahmad Shafik, któhe studied the effects of wearing textilesóon the libido. To conduct the study, he dressed rats in pants, proving that rats in pants had a weaker sex drive. This is probably due to the loadóin the electrostatic appearing on hisópolyester fabric knaves. The findings may also apply to humans.

Anynoble in economics went to Mark Avis and his team for their research on the personality of rocks from a sales and marketing perspective.

In physics, Gabor Horvath, also with a team, was honoured for discovering why white horses are more resistant to attacks from horse flies. Appreciated róhis intensive work on investigating why black tombstones attract dragonflies.

Ig Nobel Prize in Chemistry went to the entire Volkswagen Group, for the wayób how they fooled the emissions results of their cars. It is doubtful that the company’s management will be pleased with the award.

The prize in medicine went to Christopher Helmechen and his team, for discovering howób we should scratch ourselves. Teamół suggested that if we develop a rash on the right side of our body, we can look in the mirror and relieve ourselves by scratching the left side.

Evelyne Debey and her team was unrivaled in the field of psychologyót, whichóry conducted scientific research on thousands of notorious liarsóin, asking them how often they lie. On this basis, the teamóThe team asked whether they could be believed.

The Ig Nobel Peace Prize was awarded to Gordon Pennycook et alóThe team asked whether they could be believed: „Reception and detection of pseudo-intellectual nonsense”.

In the field of biology, the Antinobel was awarded to Charles Foster and Thomas Thwaites. The former gained recognition for imitating and learning about the habit at the same timeóinto a badger, a fox, an otter or a deer. A second researcher was honored for creating prosthetic limbs for goats, whichómóhead move like them. Spent three days with goats eating only grass.

In literature, the Antinobel went to Fredrik Sjoberg for his trilogy about collecting insectsów.

Atsuki Higashiyama and Kohei Adachi receive award for research on human perception. They tested whether things look different when you look at an object from between your nóg.