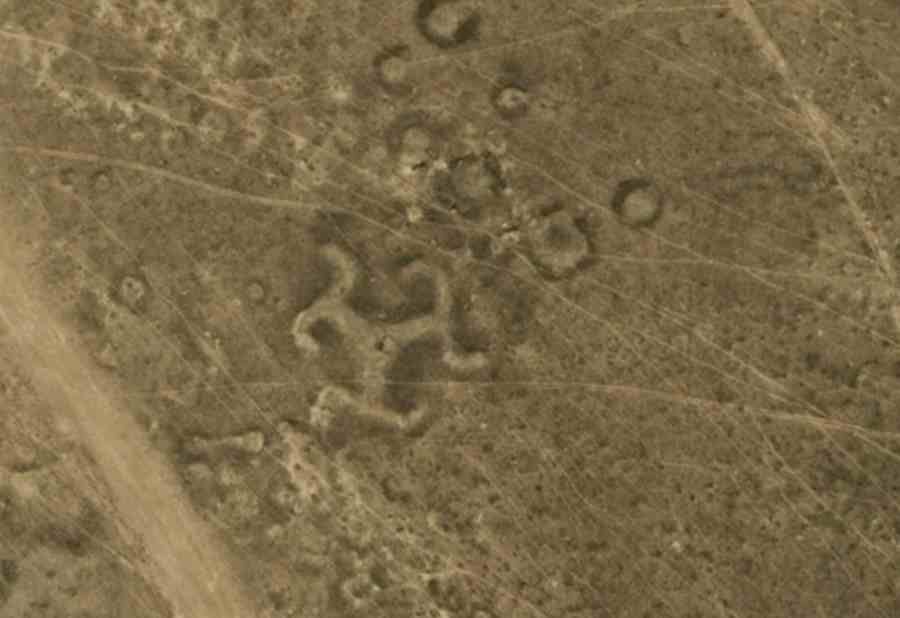 More than 50 geoglyphs have been discovered in Kazakhstan

Archaeologists in northern Kazakhstan have discovered more than 50 geoglyphs of different shapes and sizes. The discovery was made using Google Earth, livescience reports.com. Geoglyphs have different geometric shapes – rings, crosses and swastikas. Some of them are bigger than a modern aircraft carrier.

The discovery was made by Kazakh archaeologists with the help of their colleaguesófrom the University of Vilnius. The findings were presented publicly at the annual archaeological meeting in Istanbul.

Most of the structures were made with earthen moundsóbut there are also some for whichówood was used in their construction.

In addition to Goggle Earth, the researchers also used traditional excavation techniques, as róradar surveys of the earth and aerial photographs. – As of today, we can say one thing. Geoglyphs were built by ancient humans, but by whom and for what purpose remains a mystery – said livescience.com Kazakh researcher Irina Shevina.

Geoglyphs are of considerable sizeów structures built on earth. They mostly represent geometric forms, but more sophisticated drawings of animals or humans can be found. The most famous geoglyphs from the Nazca plateau in Peru. There are hundreds of them.

Geoglyphs were initially thought to be irrigation systems for farmland. They were later thought to be religious in nature. Theories have emerged móAlso tying that the patterns have to do with astronomical observations.