Whale population decimated. Man in the 20th century. killed 3 million of these animals

Man killed more than three million whales in the 20th century. This latest data, supplemented by Russian scientists, shows how much damage we have done to the entire ocean ecosystem by killing these beautiful animals, reads iflscience.com.

Whaling developed most intensively in the early 20th century. These huge animals were killed mainly for spermaceti (used to make candles, creams and ointments), ambergris (used in the production of perfumes), whalebone and meat. Man has hunted whales for thousands of years, but inventions in the 20th century have allowed for mass whale murder.

„One modern ship can take more whalesóin a season than the entire American whaling fleet of 1846, whichóra counted more than 700 shipsów” – this is a quote from one of the members of theóin the U.S. Coast Guard published in the Fisheries Review in 1938. It shows the scale „development” of killer whale techniquesów. 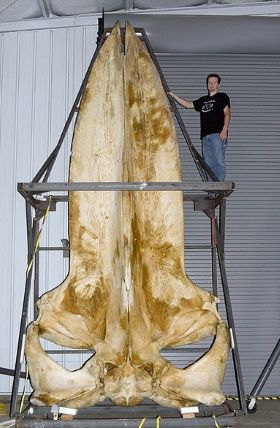 Many speciesóin a whaleóis on the verge of extinction. Today, it is estimated that more than 150,000 Blue Whales were killed in 1930 alone. The scale of the operation was difficult to estimate due to unreliable data coming mainly from the former USSR.

The Convention on the Regulation of Whaling did not come into force until 1947, but the International Whaling Commission did not have the tools to enforce the Convention. Despite the decimation of the population, the whaleóin countries like Norway and Japan it is still allowed to kill these animals. The whale meat tradeów has been banned internationally, yet there is a black market.