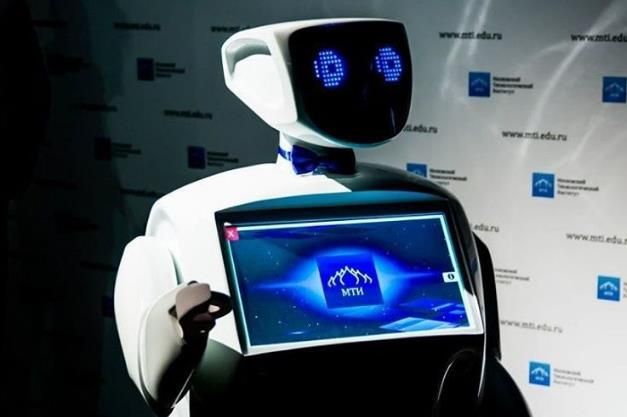 Russian police officers have arrested a robot participating in an election rally of Duma candidate Valery Kalachev. According to witnesses, the robot was recording the opinions of voters, which could have been the reason for the arrest. The robot did not resist arrest.

We have already written about the adventures of a robot from the Promobot company. His escape from the lab has reverberated around the world. But the robotic recidivist doesn’t let itself be forgotten. This time, he got into politics.

The likely cause of the robot’s arrest was a report that it was recording people gathered at a rally in support of one of the candidatesóin the Russian parliament. For the authorities, this was reason enough to act. Police officers reportedly próto put handcuffs on the robot.

But the robot was not at the rally by accident. It has been somewhat „employed” by the candidate’s staff as part of a happening. It was also intended to gather feedback from the participantóin a rally of support for the pósubsequent analysis. Perhaps Kalachev’s staff did not report to the authorities to hire the robot, so it caused a stir in its ranks.

The robot is able to interact with humans. It can provide answers as well as cluesóof the location. He can also record the people he meets, which was his headóThe robot’s task at a political rally. Will not forget any person with aóhe was given the opportunity to „talk”.