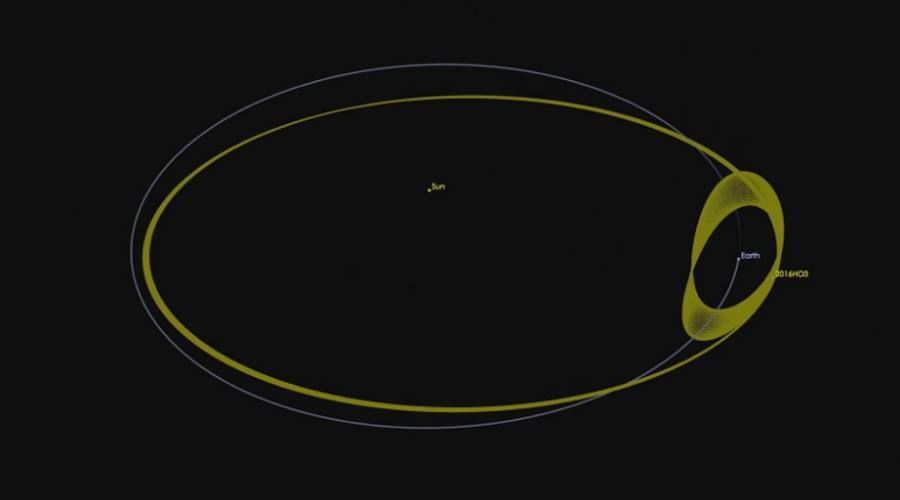 The Earth has a second moon

The Earth has a second Moon and it has been with us for 100 years. An object named 2016 HO3, as our planet‘s second natural satellite is called, has been tracked by a computerized system for finding celestial bodies that would threaten Earth – PAN-STARRS1.

Zimi’s second moon, 2016 HO3, is between 40 and 100 metersóin diameter. NASA scientists believe Earth intercepted the object in the early 20th century and it will still be with us for several hundred years. Its distance from Earth is about 100 times greater than the old, good old Silver Globe.

Our second moon, or rather pseudo-satellite, does not threaten Earth. Its orbit is different than Earth’s, more egg-shaped. It orbits the Sun in a similar time to Earth, but the 2016 HO3 path is irregular. For about a póhe year it overtakes our planet and is closer to the sun. In the next pólar slows down and is behind the Earth and further from the Sun.

This is not the first such case. Quite recently, Earth was accompanied by another object – 2003 YN107. The asteroid moved away from our planet in 2006, after a roughly 10-year spacewalk with Earth. Researchers believe that in the next century the Earth may acquire four more such objects.

For fans ofóin the observation of the sky we have unfortunately bad news. 2016 HO3 is very faintly visible from Earth.